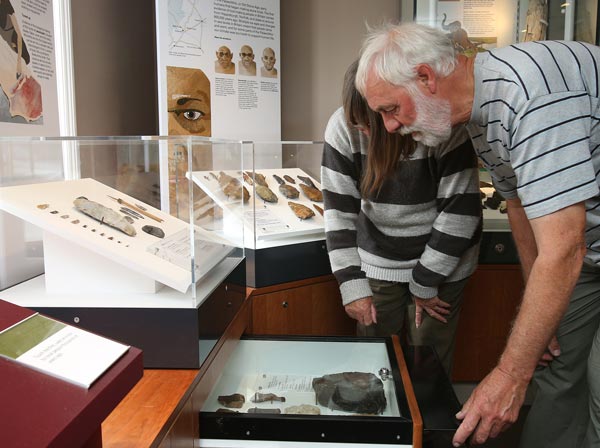 I N THE PALAEOLOTHIC, or Old Stone Age, early humans first began making stone tools. The first evidence of tool-making people in Britain comes from Happisburgh, Norfolk, and dates to around 800,000 years ago. Multiple ice ages and changes in sea levels meant that people came and went to Britain and for some parts of the Palaeolithic our climate was too harsh to support human life. 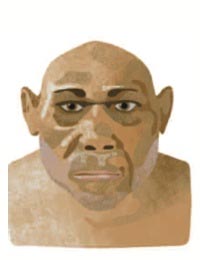 Homo erectus (1.8 million to 200,000 years ago) was the first of the early humans to migrate out of Africa. They could make fires, cook and make tools; 700,000-year old flints worked by these pioneers have turned up at Pakefield on the Suffolk coast. 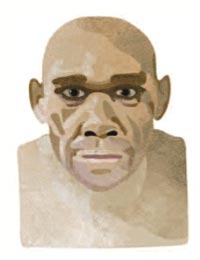 Neanderthals (over 200,000 to about 30,000 years ago) evolved in Europe and Asia while modern humans (Homo sapiens) were evolving in Africa. Neanderthals were skilled hunters, and an excavation at Lynford Quarry in Norfolk, 12 miles from Mildenhall, revealed Neanderthal axes, tools and the bones of 9 butchered woolly mammoths. Research has shown that modern Europeans have 2.5% of Neanderthal DNA in our genetic code. 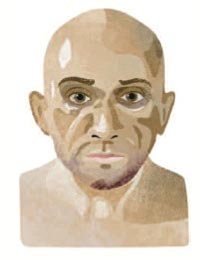 Modern humans first arrived in Europe around 45,000 years ago. They made more advanced flint tools such as the blades found at Beck Row.