The story of Mildenhall Museum 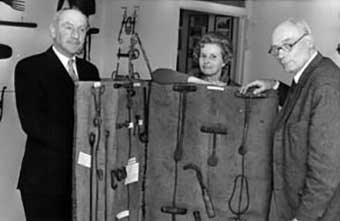 THE Mildenhall Natural History and Archaeological Society was formed by a group of enthusiasts after the Second World War. Among the founder members were Lady Briscoe and Dr C Parsons. The Society held its first one-day exhibition on 26 May 1951 as part of the Festival of Britain celebrations; this proved so successful that it was decided to maintain a permanent exhibition in a small museum. Two small rooms over the Town Hall were made available, and the Museum was open every Sunday afternoon.

At first the exhibits were mainly archaeological, with some natural history items. The collection grew and several private collections, including the important Sid Ford collection, were bequeathed to the Museum so larger premises were required. The upper floor and one ground floor room were leased from the Trustee Savings Bank’s (TSB) premises on the south west corner of the High Street and Market Place. The museum reopened there in October 1968.

The Museum was badly damaged by fire in the early hours of 6 February 1973. The Fire Brigade managed to prevent the fire spreading from the roof. Very little of the collection was completely destroyed, but labels were lost from some of the archaeological specimens. After the fire, the Museum’s collections were stored in premises in the High Street whilst rebuilding took place. By November 1973 the collection had been reassembled and moved back.

The Museum was officially reopened by Lady Briscoe’s son, Sir John Briscoe, on 16 June 1974. The reorganisation had made available more space and general artefacts of local historical interest were displayed, as well as archaeological and natural history items.

By the early 1980s the TSB wished to expand and the Museum had to move again. Forest Heath District Council offered the Trustees two run-down flint cottages on the corner of King Street and Market Street at a peppercorn rent, together with an interest-free loan for five years to enable the Museum to renovate and adapt the building. Lord Cranbrook laid the foundation stone for this project in 1983. At the end of the five years the Council converted the loan to a gift.

The cottages were converted into one building with a large extension covering the site of two wells at the back. The accommodation consisted of an entrance room, four rooms and a cellar with displays, a small office-cum-library, a small store and a staff kitchen and toilet. 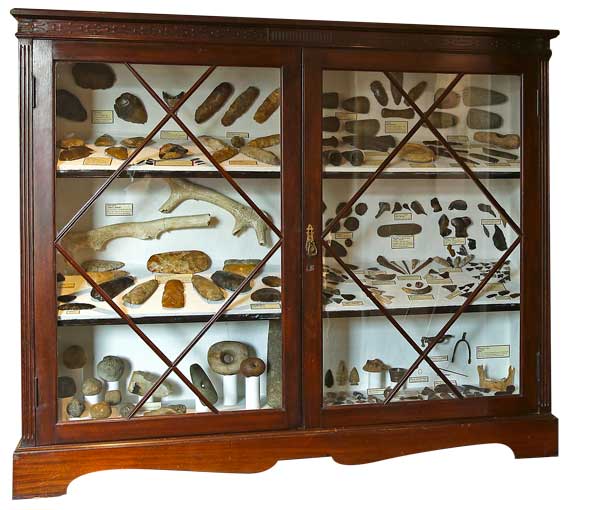 The late Dr. Colin Dring, long-time Chairman of the Trustees, had the vision for the development of the site in 1983, and it was always his hope to extend the building as funds permitted. Thanks to his aspirations the Museum’s Millennium Project was to commission a complete set of copies of the Mildenhall Treasure (more than 30 pieces of wonderful Roman tableware), found locally in 1942 and housed in the British Museum.

After many years of lobbying and planning, in 2012 the Museum was successful in being awarded a grant from the Heritage Lottery Fund, together with an award from Forest Heath District Council. With this funding it has been possible to build the long-awaited new floor, and completely renovate the building. The new facilities include a dedicated Community Space, which will enable the Museum to expand their activities regarding visits from schools. The major new exhibit is the Anglo Saxon warrior and his horse, which was excavated at RAF Lakenheath and is considered to be of international importance.

No entry charge is made to the Museum, although donations are always welcome. Funds come from donations, sales of publications, and monies raised by the Museum Society. The Society was formed in 1999 through the amalgamation of the Mildenhall Natural History and Archaeological Society and Friends of Mildenhall Museum. The Society aims to promote interest in the Museum and to raise funds for its development.