The History of the Wills and The Solicitors 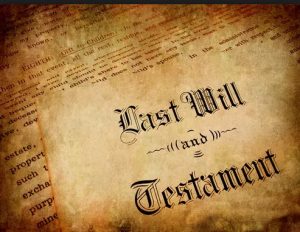 Search the Archive
To order a Will
Back to Mildenhall Museum

The offices where the will books were found were purpose built by Odden F Read [solicitors] in the 1930s. The Company became Read and Green, then Read, Carter and Jessop and then in 1961 Gross and Co. took over. The office finally closed in late April 1999,and this is when the books were discovered in the loft. They must have been there for many years as none of those present had ever seen them before.

The first will in the collection dates to 1769, and belonged to a draper named Robert Whiting of Mildenhall. The collection continues through to the end of 1933. The last will to be written is that of Herbert Stiles, again of Mildenhall, who wrote his will in May and died later that year on the 1st September. The last recorded death in the books is of Richard Thomas Robinson, a farmer from Isleham, who died on the 8th December 1933.

I hope you enjoy this history filled collection as much as I have and I wish you luck with your research.